Massoud Hassani Bio
He was born in Afghanistan in 1983, and moved to Holland in 1998 in search of a new life.
As a child in Kabul, he would make all kinds of toys, sculptures and paintings. By the age of 9 he learnt to weld and worked as a car mechanic. So you can imagine it was an enlightening moment when he arrived in the Netherlands and discovered that there was a profession called “product designer”. So, as soon as he was able... He enrolled to study at the Design Academy Eindhoven.
Having adopted a new lifestyle and cultural habits. He focused his study to research on building a bridge between those two cultures.
He graduated in 2011 and now works from his own studio with his brother Mahmud Hassani in Eindhoven, The Netherlands.
Mine Kafon

Massoud Hassani designed and built, by hand, a wind-powered device, heavy enough to trip land mines as it rolls across the ground. He drew his inspiration from his childhood. Growing up on the outskirts of Kabul, he would play there with his younger brother with their homemade, wind powered toys. These would sometimes get lost, blown astray they would roll out into the desert landing amongst landmines, too dangerous to retrieve. These landmines often cause accidents especially among children that would play near them.
The Mine Kafon is approximately the height of a man. The core of the Kafon is a 17kg iron casing surrounded by dozens of radiating bamboo legs that each have a round plastic "foot" at their tip. Inside the ball is a GPS unit to map where it has been – and in theory land cleared of mines. The data will be available in real-time accessible online. The feet act as a suspension mechanism, which allows the entire Kafon to roll over bumps, holes and so forth. In all, it weighs a little more than 80kg. The designed weight is enough pressure to trigger a landmine as it is about as heavy as a person, mimicking the footstep of a human being.
With each detonation the Mine Kafon loses just one or two legs so it could potentially destroy three or four landmines in one journey. The total cost of one is about $60 USD. It is faster, safer and up to 120 times cheaper then the traditional techniques.

The global statistics on land mines and their effects make sobering reading. According to the United Nations, up to 110 million mines have been laid across more than 70 countries since the 1960s and that between 15,000 and 20,000 people die each year because of them.

Many of the victims are civilians - children, women and the elderly - not soldiers. Thousands more are maimed. Moreover, mines are cheap. The UN estimates that some cost as little as $3 to make and lay in the ground. Yet, removing them can cost more than 50 times that amount. And the removal is not without human cost either. The UN says that one mine clearance specialist is killed, and two injured, for every 5,000 mines cleared.

One of the worst affected countries is Afghanistan, with an estimated 10 million land mines contaminating more than 200 square miles of land. Approximately 1 million Afghans live within 500 meters of areas expected to contain landmines.

Using Mine Kafon we can get rid of landmines very quickly. Even if it hits only 1% of the landmines world wide, then we are still talking about millions of landmines. In this way we can also save billions of dollars and invest that money in affected countries, to build schools, hospitals, agriculture and industry. The Mine Kafon project could help to rebuild economies and give the inhabitants hope and a bright future without fear.

Every cleared landmine means a potential saved life, and every life counts.

Target – Getting rid of Landmines
Imagine! If we had only 5 years to go, to get rid of all the landmines world wide. What would we do and what would be the ultimate options to clear them?
At this moment we are reengineering the Mine Kafon Project. Our goal is to make a product, which is faster, cheaper and safer than the existing technologies. We want to push the industry to get involved in this humanitarian project and get rid of the land mines as fast as possible. It should be also systematic and reliable at the end. It is a huge challenge but it is also possible. If we manage to launch a SUV sized robot onto the surface of Mars, then this project should be a peace of cake.

Raising Awareness
We believe if there is a discussion about a problems then there discussion of a solution as well. Recently we made a short film by Callum Cooper and released it online that documented the Mine Kafon and its origins. With this movie we manage to create a global awareness about land mine issue. We consequently received tens of thousands of messages and comments online. It has sparked many interesting occurrences including a number University’s started to do more research about the landmines. The shorts success online sparked many television stations to also create pieces about Landmines and the Kafon. Television networks included AFP, Reuters, ZDF, CNN, Discovery Channel, NOS, RTL2, Colbert Show and many more. We were invited in talk shows to discuss this project live on national TV and Radio.
Now Millions of people have received information about landmines through Mine Kafon project.
Even supporters joined discussions and started their own campaigns to help us to get the word out. We are extremely honored by their actions. It also proves that we are living in a time the online community can definitely have a big impact in the broader society.

Mine Kafon has been acquired by MoMA, New York (for their design section) and will be exhibited from March 2013.

We were honored to be part of some amazing lectures. We met some of the revolutionary people such as Steve Wozniak, Doug McCuistion and Paola Antonelli from MoMA.

If you are interested contacting us for lectures, Please mail to mahmudhassani@outlook.com

With a successfully Kickstarter campaign, backed by over 4000 people, we raised a goal of 100,000 pounds which has blustered the Mine Kafon development.
You can follow our process here..
Collaborative partners
At the moment we are looking to find the right collaborative partners to work with in the development of this product

If you have any questions or suggestions according the Mine Kafon progress, please feel free to contact us:
massoudhassani@gmail.com (for collaboration and technical information)
mahmudhassani@outlook.com (for press and business)

Support us on the Kickstarter

Thanks everybody for your nice reactions on Mine Kafon project. We are following them with a great interest.

Now we just launched our Kickstarter to Make our dreams come true on Mine Kafon project. Please visit this link and spread the word. So lets get it rolling.

Thanks a lot for your collaboration and a have a nice christmas :)
Massoud
Gepost door Moeders Gerechten op 02:10 2 opmerkingen:

lecture about Mine Kafon on Dezeen Screen

In this next movie we filmed at the Design Academy Eindhoven My Way talks in Milan, academy graduate Massoud Hassani presents his device for seeking and destroying landmines.

The My Way talks were held in April to discuss the evolving roles of designers and were moderated by Dezeen editor-in-chief Marcus Fairs. 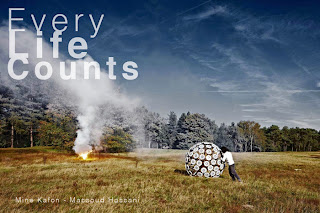 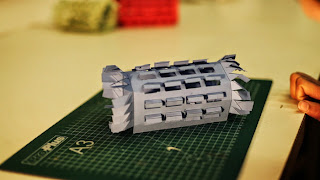 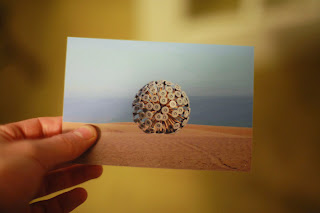 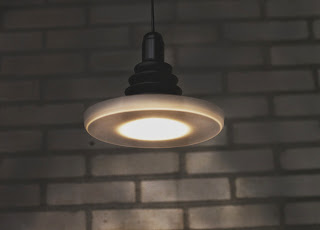